Posted on July 3, 2020 by gardenhomehistoryproject

As we are looking back at some of our favorite stories and photos during this 10th anniversary year, this July Update features summer fun in Garden Home. Horses and baseball were popular choices. We’d love to read about how your family or neighborhood is having fun during this historic time of the COVID-19 virus.

Although we’ve had to suspend our monthly meetings, our History Board continues to work to research, preserve and share our history: Elaine Shreve, Esta Mapes, Marie and John Pacella, Sharon Vedder, Stan and Susan Houseman, Jan Fredrickson and Kevin Mistler.

Thank you for your interest, participation, and support over the past ten years. We are looking back at some of our favorite stories and photos during this anniversary year. Please send your stories, photos and memories of Garden Home to GardenHomeHistory@gmail.com!

Check out these photos and stories about Garden Home summer fun!

The Hunt Club, “Memories of Horsing Around Years”

In her story about the Hunt Club, Patti Ransom Waitman-Ingebritson recalls:

We rode English style around and around in a large indoor riding arena. Bill would shout out instructions as we circled the ring putting our horses through their paces. On one occasion, I decided to switch my little stick/crop from my right to left hand and immediately got stick and reins tangled. [My horse] Airway took off and we raced around the arena, occasionally leaping over little fences not for our level of riding skill. As I rounded the gallery area, my father shouted instructions which I could not understand. Airway and I were making good time as we raced around the arena and by now everyone was shouting instructions. Read more… 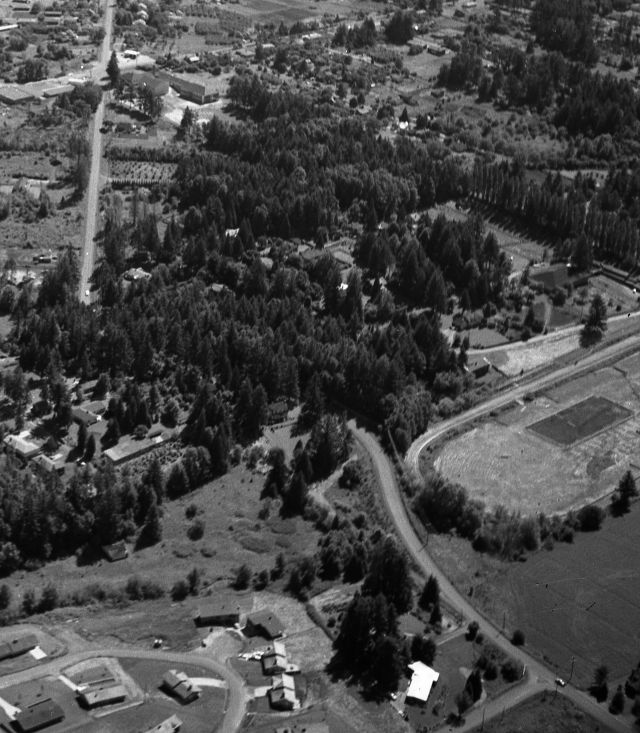 In her story about baseball in Garden Home, Louise Cook Jones writes:

The Garden Home field was always busy. Second and third generation Garden Home folks found themselves on the field once more, with their kids and grandkids – coached by people who used to play ball with them when they were young.

One local baseball star was Jim Partlow. He and his wife Yvonne lived in Garden Home on Firlock Lane [today’s SW 78th Ave]. His children, Dede and Jim, went to Garden Home School. Jim [Sr.] had played for the Grant Generals in high school, went on to Linfield College and was on the all-American basketball team. He was drafted by the Boston Redsox as pitcher, but declined the baseball draft for the army draft. Read more…

In her story about about growing up in Garden Home, Jacki Wisher recalls her summer fun at Alpenrose with her two Shetland ponies and pony-drawn cart:

People came from far and wide to fill the Alpenrose grandstands and enjoy the 4th of July Pageant for several evenings which included many costumes, wagons and ponies. They also enjoyed the Alpenrose Western frontier town buildings and other animals, all for FREE. One chapter of the Pageant portrayed each signer of the Declaration of Independence; the huge draw at the end of the Pageant was the awesome Fireworks for the 4th of July!

Jacki and the fifty or more kids participating in the extravaganza all stayed in large tents on the Alpenrose property. Their ponies stayed in the pony barns. They ate their meals in the Alpenrose owners’personal home. Carl and Virginia Cadanou’s home is still on the property. Read more…

Glory, the pony, with Jacki Wisher’s sister Kathy Lane as the driver with two neighborhood girls, Nikki and Mari. Probably 1964 or 1965.

History of the Alpenrose Dairy 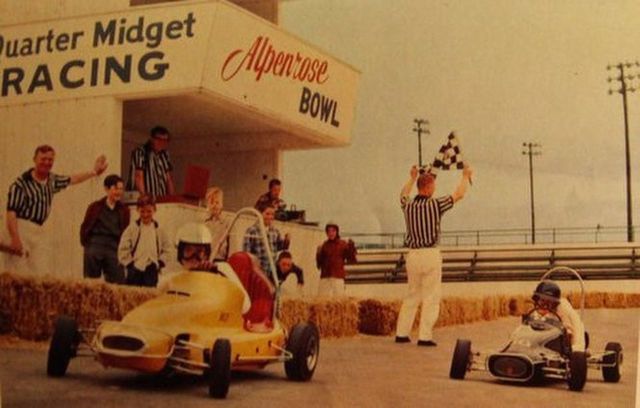 History of the Portland Golf Club

The Portland Golf Club’s original clubhouse stood about where the 7th hole tee is now.

Shelly Bigley of the Old Market Pub and Brewery provided us with a large gallery of vintage photos of Whitney’s Cannery. To view the full gallery, see our story on Mark and Leona Whitney and the Whitney Cannery, 1950-1976. Thank you, Shelly! 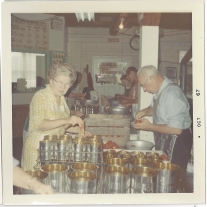 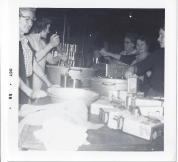 Sale of the Alpenrose Dairy

Alpenrose Dairy from above