Posted on May 26, 2020 by gardenhomehistoryproject

Harold Gjerman has lived in Garden Home since 1970, along with his daughter Juli and two grandchildren. They live in the Whitford Park development at the west end of Garden Home Road. Yes, Gjerman is spelled correctly, reflecting Harold’s Danish heritage. Harold and Juli have been active in the CPO 3 for several years and have attended a number of our history presentations. He has shared his knowledge of railroading in the Northwest, vocabulary, history, many photos and printed resources for us. A key resource has been his copy of the early history of the Spokane, Portland & Seattle’s Railway (S,P,&S): Walter Grande’s The Northwest’s Own Railway, 1997, which the Garden Home History Project has since purchased.

Harold spent 45 years working for the railroads and retired in 2004 as a conductor. He was born in Lincoln, Nebraska and traveled with his family when they moved to Oakland, California to work in the shipyards during the WWII. After the war was over, the family moved to Portland Oregon. He went to Lincoln High School, class of 1956, and then worked with his dad in the “U Select It” candy machines (photo) business. Along the way, he also worked as a longshoreman. He first worked for the Spokane, Portland and Seattle rail line and later for the Burlington Northern Railroad.

Harold is a member of the Spokane, Portland & Seattle Railway Historical Society and has provided us with important print information about the Oregon Electric and the Garden Home Railroad station and rail lines. These were most helpful in writing captions for the colorized train photos given to Garden Home History by Colin Lamb. We are pleased to have Harold added to our Advisory Board, Garden Home History Project. 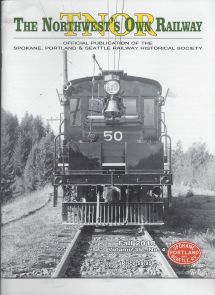 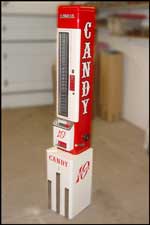