Posted on May 19, 2021 by gardenhomehistoryproject 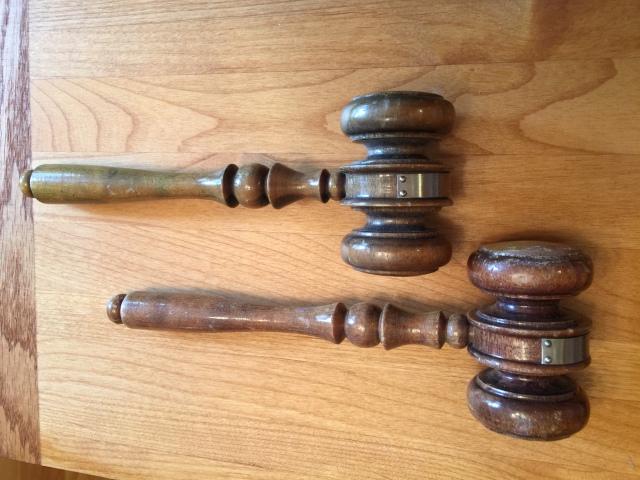 The two 8.5 inch gavels each have a silver band attached, with one of the following engravings:

We believe “WSCS” stands for “Women’s Society for Christian Service”. Otto Arndt lived on the north side of Garden Home Road, across from the Garden Home Methodist Community Church, which later became the Methodist Church on SW 81st, and now is the Korean Society of Oregon. Otto Arndt took many of the aerial photos we have of Garden Home, from 1949 to 1983. He was listed as the President of the Men’s group at the church.

In 1914, the Extension Services were developed as a nationwide program to disseminate the knowledge gained at the Land Grant Colleges to those living primarily in what were then rural areas. The study groups provided not only a chance to learn but became a means of those living in rural and small communities the opportunity to meet, share local information, and socialize.

The Garden Home Extension Study Group has been meeting for over 55 years. Oregon State University sponsors the Extension Services program which is available through the Land Grant College funds for the state of Oregon. They have sent the year’s curriculum to the organization for the officers to then select those subjects of most interest to the local members.

Four lessons that have been selected for 2021 are: The Night Janitor” about our brain as we sleep, Medical Cannabis…Benefits & Ill Effects, Ireland, Green, Clean, Moist and Windy, and (my favorite) It’s All About Me…Writing Your Personal History. They will also include a summer picnic and an outing. 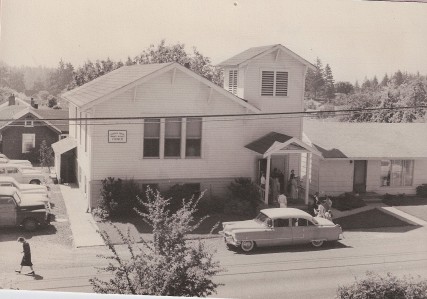 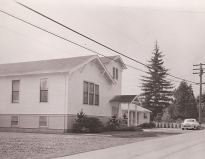 In early Garden Home, religious services were held on the second floor of the Jager Store (also called the White Store) at the southeast corner of Rex (now SW Oleson Road) and Garden Home Road, (today’s Dairy Queen). This store was one of the first buildings in Garden Home. The Garden Home School also met on the second floor in 1911-12, while their school was being built across the intersection. The school opened in 1912, closed in 1982, and is today’s Garden Home Recreation Center. The church services continued from 1914 to 1918 and the development of the first church in Garden Home on property at Garden Home Road and Royal (now 71st Ave.) that Dr. and Mrs. Hetlesater donated.
In research done by Louise Cook Jones at the Oregon Methodist archives, the new church on the south side of Garden Home Road and Royal, (now S.W. 71st avenue) was dedicated on Dec. 22, 1918. In 1954, the sign on the front of the church was changed to Garden Home Community Church.

Planning for a larger new United Methodist church began in 1958. Property was purchased on SW 81st Ave., south off of Garden Home Road where the church was built and dedicated on Jan. 1, 1960. The former church (at 71st & Garden Home Road) was sold to the newly located West Hills Unitarian Fellowship who moved the sanctuary and the parsonage up to their wooded property on Oleson Road in 1961. This Methodist Church closed in 1994. It is now the Korean Society of Oregon.

Dr. Dan Nebert, an early resident and member of the church, writes that the old Community Church was the hub of youth activities in Garden Home. These activities, baseball, scouts, basketball, dinners, and other events were often included in the Garden Home School PTA newsletters.