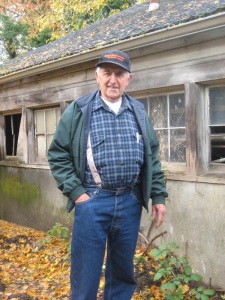 Salem- On February 22, 2016 Robert Francis Feldman “Bob” passed away peacefully with his wife Kay and children by his side.

Bob was born in Portland, Oregon on December 29, 1932 to Harry T. and Margaret Feldman. He was raised with his four brothers on their family dairy farm on Fanno Creek in Garden Home. He attended school in Garden Home and Mt. Angel before going to work in logging camps near Valsetz and Mt. St. Helens.

Bob joined the Air Force and served in Germany during the Korean War as a Military Police Officer. After his service he returned to Portland and went to trade school to become a journeyman Machinist. This is when he met Kathleen “Kay” Riordan. They were married after a brief courtship, on November 17, 1956 and moved from their small apartment to a home they purchased in Tualatin. The next year, the first of their 8 children were born. Seven more would soon follow and a larger home was required.

For the last 50 years they have lived on the farm in the Eola Hills in West Salem where the kids were raised and learned the value of working hard. Over the years they raised sheep, grain crops and Christmas trees, and managed a stand of timber on the 345-acre property.

In addition to farming, Bob loved tending to his timber. He was a volunteer for the OSU extension service as a Master Woodland Manager. He was an avid hunter and fisherman and also enjoyed camping, gardening, restoring his old tractors and spending his winters in sunny Arizona.

He was preceded in death by his mother, father, four brothers and his son Chris, who passed away in 2009. Celebration of life service 11:00 AM Friday, February 26 at Bethel Church, Rickreall, Oregon. Virgil T. Golden Funeral Services.

Click here to read Bob’s memoirs about life in Garden Home compiled in 2012.