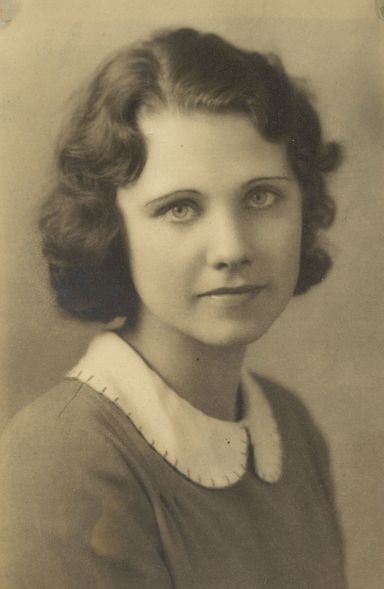 [Update: Mary Helen passed away on May 7, 2017. She was a beautician and opened the first beauty shop in Beaverton. She attended Garden Home and Hillsboro grade schools, graduating from Lincoln High School in Portland. Her grandfather was George Himes, one of the original curators of the Oregon Historical Society.

She is survived by her sister Grace (Himes) McInnis and her sons Ivan, George and Robert Koeber. Also numerous grandchildren, great grandchildren, nephews and nieces. A memorial was held in Himes Park on Terwilliger Boulevard.]

Centenarian Mary Helen Himes (born Sept. 28, 1913) and her mother Vera L. Prince Himes (died 1988) and father Claridge Holcomb Himes (died in accident 1927) moved to Garden Home for two years in about 1919 to 1921. She lived on Royal Avenue (71st now) along with her siblings George Richard, Claridge Holcomb, and Grace Emma on an acre plot. She attended first and second grade at Garden Home School. Her teacher was Mary Lehman. A neighbor Evelyn Simpkins Biles lived across the street.

Her father, Claridge H. Himes took the Oregon Electric into Portland to work at the Fleischner-Mayer, a dry goods store in today’s Old Town. This store was built in 1906 and stands today at 115 NW First Avenue, Portland. He later worked at the Meier & Frank (now Macy’s) retail store. Her mother, Vera Prince Himes, raised the children and taught piano.

Hairdresser: In 1923, the Himes family moved to Hillsboro. They were lucky to have one car during the Depression. “Dad would take the car to work and everyone else walked everywhere.”  Mary Helen graduated from Lincoln High School. In those days when you graduated from high school, if you weren’t going to college, you went to California. Two of her siblings went there and she spent a few years in San Francisco and liked the city.

After graduation, Mary Helen went to Sanitary Beauty School for six months and $50 and then passed the State Board examination to be a hairdresser. She had a salon in her home after she was married and came to know lots of the early residents in the area.

Pioneer families: Although Mary Helen will be 100 on Sept. 28, 2013 she lives independently in Beaverton. She appreciates the help that her sons George, Robert, and Ivan Ted Koeber provide. Mary Helen’s family and relatives were important early pioneers of the area and are illustrative of the contributions of our early families.

Tyrus and Emeline Himes were  Mary Helen’s paternal great grandparents. George H. Himes, her grandfather, has the middle name of Holcomb, the maiden name of his mother Emeline Holcomb Himes, from the very early and distinguished Holcomb family, pilgrim settlers of 1635.  George’s parents  Tyrus, b. 1818,d. 1879, and Emeline Himes, b. 1821, began their journey west in 1853 with their four children and horse and ox teams. They experienced many hardships including loss of stock and limited provisions. Their wagon train of thirty-six wagons and seventy-five people crossed the Natchez Pass (Nevada) over an undeveloped trail and finally arrived in Olympia, Washington in 1853.

George Holcomb Himes: Mary Helen’s paternal grandfather George H. Himes as a young man worked in rail making, wood cutting and other labors in clearing land on his parent’s donation land claim east of Olympia. Although he had limited education, he aspired to learn the printing trade and began at the Washington Standard, a paper published in Olympia. After his apprenticeship, he moved down to The Oregonian in Portland and in 1870 began his own business “Himes, the Printer.” In 1898 George was a founding member of the Oregon Historical Society and the first and long-time curator.

George Holcomb Himes, b. 5-18-1844, d. 1940, married Anna F. Riggs, d. 1933, from Eola, a small community west of Salem, and raised 5 daughters and one son Claridge H. Himes. Anna’s family came to Portland in 1859 by steamer from New York and settled on a ranch in Eola, west of Salem, Polk County. A family notation says “Grandpa met Anna at the ranch while stopping for dinner in 1865.  He was 23 when married and she was 17 or 18.” George and Anna had 11 children, eight of which survived: Edna Emeline, Sarah Myrtle, Mary, Grace Helen, Claridge Holcomb (father of Mary Helen), Mildred Florence, Fay Celestial and Lurah Margaret.

OHS Curator: George H. Himes is honored as one of the founding members of the Oregon Historical Society and was the first curator, a position he held for over 54 years. A Portland city park along SW Terwilliger Boulevard bears his name as did the Liberty ship George H. Himes. In 1943 the ship was built in the Oregon shipyards for World War II in the amazing time of 28 days.  It was torpedoed in Guadalcanal and finally scrapped in 1964.  His extensive documents, papers and diaries are archived at the Oregon Historical Society. “A dedicated diarist, he kept a daily record of his life, beginning at the age of fourteen and continuing until his death at ninety-five.” 1 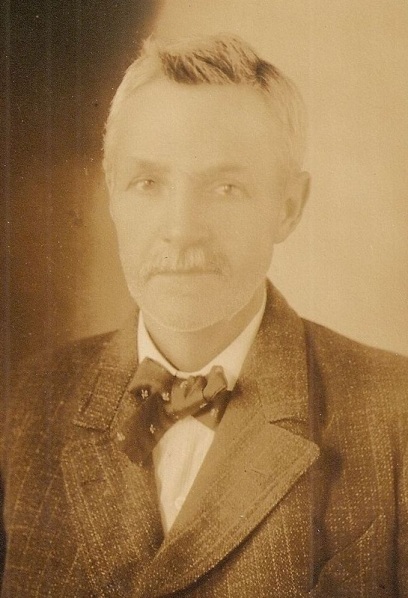 Slavin family: Mary Helen’s father Claridge Holcomb Himes, 7-7-1881 to 1927 married her mother, Vera Prince, who died in 1988. Vera’s father is Richard C. Prince, pictured.   Vera’s mother, Mary Slavin Prince, was from the early pioneer family of John A. Slavin. John Slavin started for California in 1850 but ended up buying his way down the Columbia in a small boat provided he would pull one oar. 2  John married Emma Ross in 1852.

They took a donation land claim at the corner of Clackamas, Washington and Multnomah counties. He built a cabin and large barn off of Slavin Road at what is now Capitol Highway and Sunset Boulevard, approximately in the location of the Hillsdale Library. Slavin Road was a major early road leading into Portland and a portion of it was changed to Capitol Highway.  Slavin Road continues in a multiple housing area just east of Barbur Boulevard near Hamilton.

In 1884 John and Emma Slavin enlarged the little house in the woods, building a good farm house. They had six children including Mary Slavin Prince, Mary Helen’s maternal grandmother.