Power Plumbing, 2016, the original site of the Edwards laboratory, co-inventor of the artificial heart valve 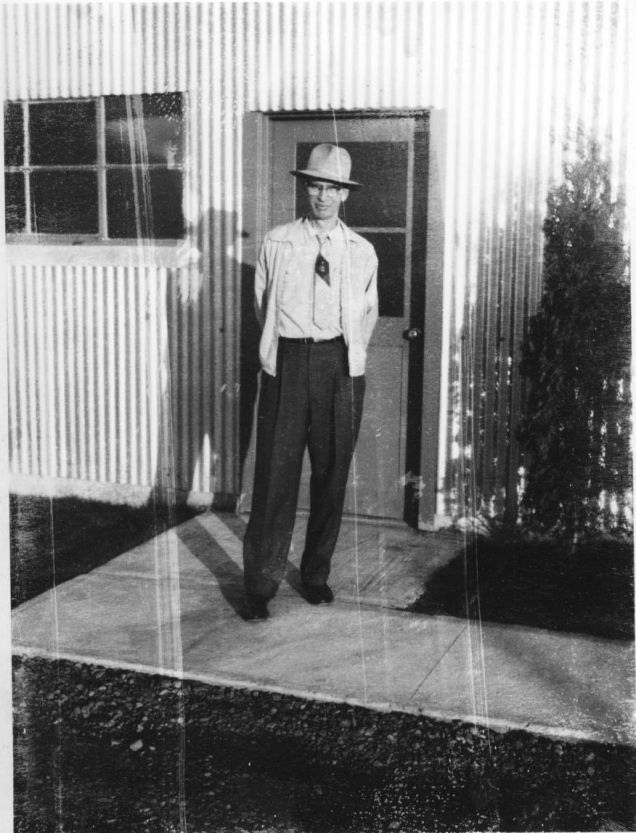 The long low industrial building at 6611 SW Multnomah Boulevard, now the home of Power Plumbing, was formerly a research lab where the famed Starr-Edwards heart valve was developed by M. Lowell Edwards and Dr. Albert Starr.

From the entry for Miles Lowell Edwards (1898-1982) in the Oregon History Center Oregon Encyclopedia:

On September 21, 1960, Starr successfully inserted a “ball-in-cage” prosthetic valve into a patient’s mitral valve, which was severely diseased because of rheumatic fever.  Within two years, Edwards and Starr had invented a life-saving aortic valve prosthesis, which would save the lives of several hundred thousand patients around the world.  In April 1961, Edwards became an early pioneer in the biomedical high-tech field when he founded Edwards Laboratories in Santa Ana, California, to manufacture high-quality valve prostheses.

Lowell Edwards grew up in Newberg and he himself suffered from rheumatic fever with a very slow but full recovery. Rheumatic fever was a common complication of untreated scarlet fever or a strep throat before the age of antibiotics.

Edwards graduated from Oregon State University with a degree in electrical engineering in 1924.  He worked on various pump problems with Weyerhaeuser Timber and Boeing Aircraft and other businesses.  After retirement in 1947, Edwards began investigating the heart as a pump problem, designing a prosthetic heart.

Edwards began a research relationship with Dr. Albert Starr, a heart surgeon at the University of Oregon Medical School (OHSU) in 1958.  Dr. Starr persuaded him to focus on a heart valve instead of the whole heart.

Colin Lamb of Lambs Garden Home Thriftway first notified us of this connection with the heart valve research.  Colin had information from Arne Solberg who was Edwards’ manufacturing chief.  Solberg said that Edwards moved into the “New Building” in 1955 where the early research with Dr. Starr was done.  By the 1960s, Edwards had moved to developing the Edwards Lifesciences laboratories in Santa Ana, California.

Mike Davis, the owner and developer of Power Plumbing (site of the former research building), confirms that the photo of M. Lowell Edwards taken at a door of the building with corrugated aluminum siding was indeed one of the Power Plumbing buildings.  Mike bought the building from Jerry and Ilene Dorring in 1998.

The Starr-Edwards valve is a silicone ball that is held in a small cage that is sewn into the heart.

We subsequently received this note and photo from Sally McLaughlin, a long-time operating room lead nurse for Dr. Starr and his heart valve replacement surgeries:

I came to OHSU as an Operating Room nurse. Dr. Starr was the new vascular surgeon from New York City.  The general OR staff did his cases.  Margaret Shea oriented me to the current cardiovascular surgeries that were being done.  Dr. Starr was a perfectionist and I soon was scheduled for his cases.  I was able to assist with research procedures which he was doing on the top floor of Mackenzie Hall.

Engineer Lowell Edwards was collaborating with Dr. Starr and developed the first ball/cage heart valve and in 1963 we did the first successful triple heart valve replacement.   I was able to visit the Edwards Laboratory in California where the valve cuffs were meticulously sewn on by hand.  I remember Mr. Edwards as a tall thin quiet man who visited the OR once or twice.

Like Loading...
This entry was posted in Historic Events, People and tagged Edwards, Power Plumbing, Starr. Bookmark the permalink.