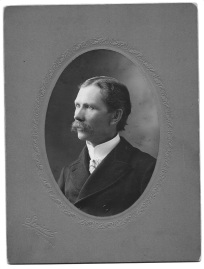 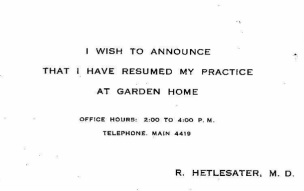 Our grandfather, Dr. Reinert Hetlesater, moved from South Dakota to Garden Home, Oregon, about 1910 with his wife, Clara Nash Hetlesater, and two young daughters, Jennie and Marion. The girls had been exposed to tuberculosis, and he wanted them to be able to spend more of the year outside. [ Both appear in the photo of the first class in 1911; they are the blondes in the first and second rows.] They built a two-story house near the end of Mayo Street with a filbert orchard alongside. Across the street a second smaller house was built for Reinert’s two unmarried sisters, Beate and Marie Hetlesater. Beate worked as an accountant in Portland, and Marie taught music. The family knew them as “Tantes” (Aunts) as they were called in their native Norway.

Dr. Hetlesater practiced in Garden Home as a physician and later as a pharmacist. He treated patients in his home or he walked to their homes; he never wanted to drive a car. Doctors were not as well paid as they are today – often the payment was in chickens or apples – and the family sometimes struggled to make ends meet, but my grandmother was always inviting a guest home from church to Sunday supper. They’d simply add a few more potatoes to the pot.

A third daughter, Helen, was born at home in 1912. When they were older, all three girls rode the Oregon Electric train to attend Lincoln High School in Portland. And all three were married in the garden of their parents’ home. Helen Hetlesater went on to earn a degree in home economics at Oregon State. Helen Hawkes now lives in Denver, Colorado, and still remembers the home where she grew up, but at 99 her memories are somewhat jumbled. She told us that when the kids got out of school at the end of the day, the question often was: “Are you going to the red store or the white store?”

Reinert died in 1930 when Helen was just 18. Clara remained in their home for several years and eventually remarried a Mr. Lyman, so she was known as Mrs. Clara Lyman until her death in 1959. At that time she had 11 grandchildren and 4 great-grandsons. Eleven of the remaining thirteen gathered for a Hetlesater Cousins reunion this summer.

Born in 1943, I never knew my grandfather, but I do remember visiting Grandma’s house in Garden Home. We kids liked to play “elevator” with the large, sliding pocket doors that divided the front room from the dining room. I also remember the dark, paneled bread truck that would drive right up to the house with the wonderful aroma of fresh-baked bread and the special treat of glazed doughnuts.

You might be interested to know that the Hetlesaters in Norway were once Olesons (Ole Oleson, actually.)  The story goes that it was such a common name as to be no name at all, and so they changed it to the name of the estate where they lived.  My mother told me that “Hetlesater” means “hazel field” or “hazel farm.”  And there are still families of that name living on that island in Norway today.

As for my grandparents’ house, the last I saw of it was in August of 1974 before I moved to California. At that time it was halfway torn down — the top story was gone. Perhaps that was the consequence of a fire. I also know that Donald McIntosh and family lived on that street (probably during the 1950’s.) They knew the Sturdevants who were close neighbors of the Hetlesaters.

McIntosh was a professor in the School of Business at Portland State when I worked there in the mid 60’s and early 70’s.

Also, my maternal grandparents, great aunts, and my parents are among those buried at Crescent Grove Cemetery. 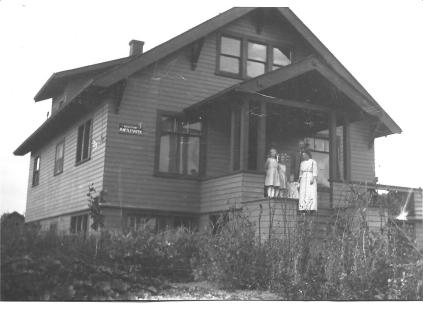 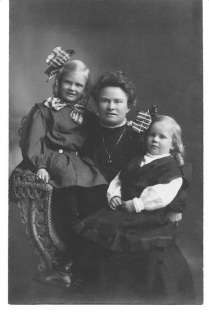 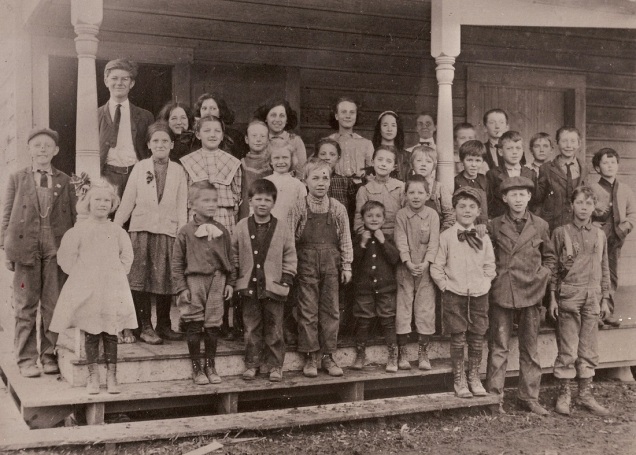 Dr. Reinert Hetlesater lived in Garden Home on SW Mayo Street, off of Oleson Road in the early 1900s. His two sisters, Beate and Marie lived across the street in a smaller home. The house that the sisters lived in continues although with major remodeling, on the south side of the street at 7618 SW Mayo. Dr. Hetlesater’s very large two story home was torn down in the early 1980s and three houses were built on the lot. Prior to the redevelopment, Charles and Virginia Beiser owned the property and raised their three girls there.

Ione Parrish wrote this Hetlesater memoir and is the daughter of Jennie, the blond girl in the second row of the 1911 school children photo. Her mother, Jennie Hetlesater was born in 1904 and attended Garden Home School with her sister Marion (the blonde girl in the first row) in 1911. Ione’s two sisters Pat Davie and Susan Ciesielski attended the 100th anniversary of the first Garden Home School.  This special event was held on Sept. 24th, 2011 at the Garden Home Recreation Center.

Thanks to Ernilie Storrs who lives on Mayo for further information. Elaine Shreve, Nov. 2011

5 Responses to The Hetlesater Family